Our first job with Abeona was to move her to her summer home. With Goblin there was month after month of project to be completed before we could sail her. Abeona? Turn the key and head out. 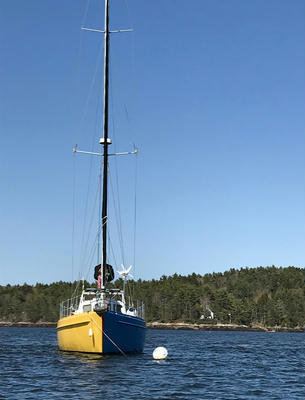 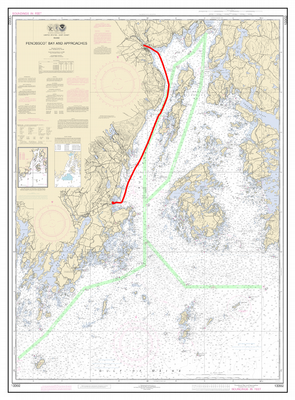 We left Belfast, Maine with the four of us and our friend Jenna. Extra crew on a new boat is always a good thing, especially extra crew that my kids adore.

Timing was a challenge. Because Abeona was tucked in on the inside of a dock with shallow water between her and sea, we needed to leave at close to high tide. The weekend in question made this either six in the morning or early afternoon. Six in the morning, not super light, no extra hands on the dock to get out of a tricky corner, on our first time moving the boat, or in the afternoon, when we’ve been sitting around half the day and so have to plan a short sail. Afternoon won. We played all kinds of games to get out of our corner slip, walking the boat back, pivoting her with lines still in place, but made it out of the marina without much stress. 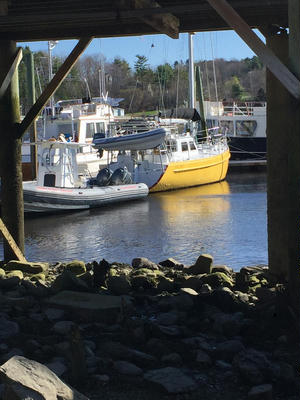 From there we had an uneventful trip from Belfast to Rockland. The day was still, as our first days always tend to be when we are forced onto a schedule, so we motored along and got used to the feel of a new hull. 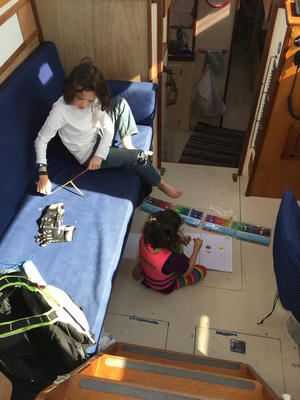 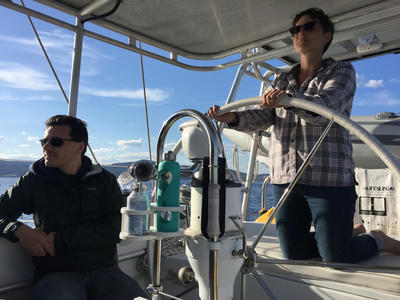 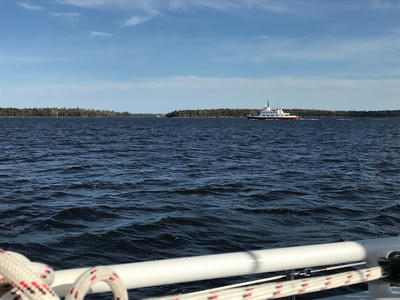 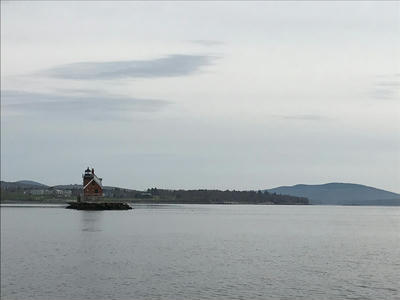 We settled in for the night in Rockland harbor. 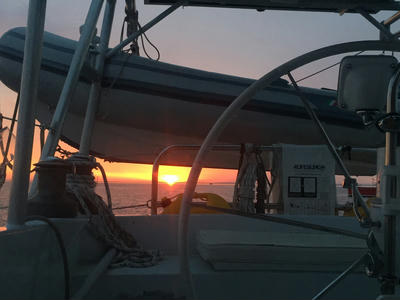 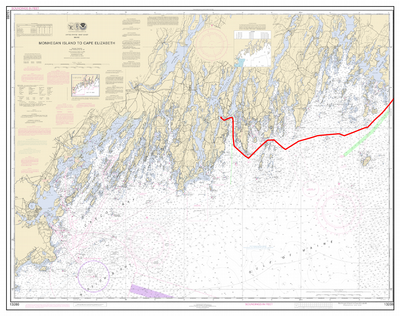 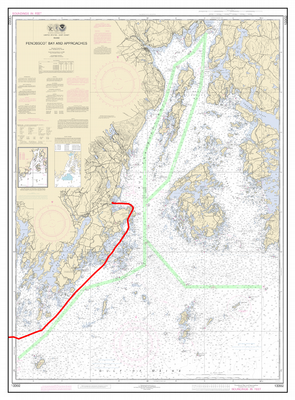 Day two was chilly and windy, spring in Maine after all, and more and more layers of clothing were added as the day went on. The sea was also a lot more stirred up than we were expecting. We’ve sailed a very similar sea state with Goblin and it was pretty miserable. On Abeona we still felt the sea state strongly but were able to find a comfortable course and got used to the rhythm. 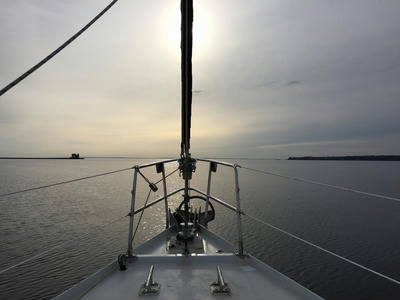 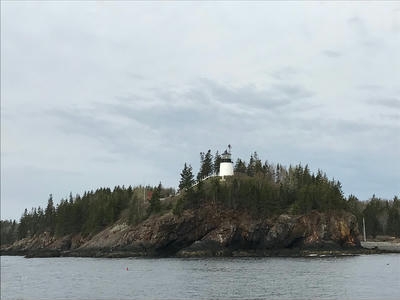 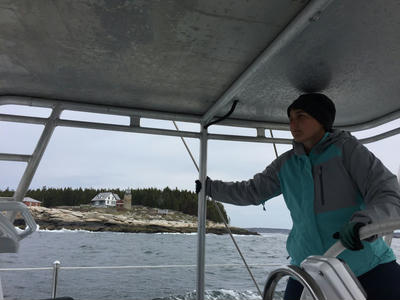 Owen settled himself on the floor of the pilot house to read (odd kid, he feels better if he can’t see the horizon) while Kinsley curled up on her bed for a brief (six hour!) nap. 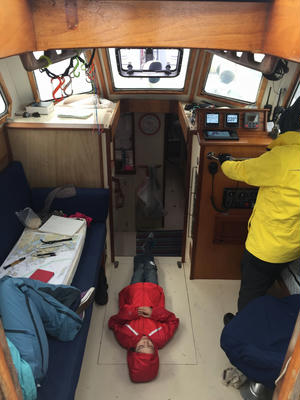 I feel a bit disloyal, but Abeona is so much nicer to sail than Goblin. She cuts the water much smoother and I find myself having to fight much less with the current. That said, she’s clearly designed for someone a good bit taller than me. I switched between standing on tiptoes, kneeling on the benches, and standing legs wide apart. Adding height to the cockpit floor is high on the priority list. 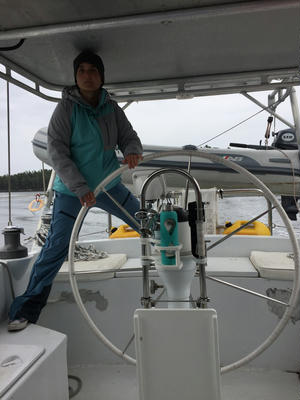 We ended the transit by sailing through the familiar waters of the Sheepscot River. Rounding into the river the temperature went up a good fifteen degrees, the wind died down, and the water around us smoothed. It was glorious. Kinsley woke up and joined us just as we picked up our mooring. 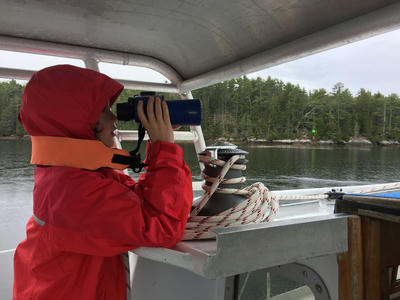 Abeona is settled into her summer home in Georgetown, Maine. We’re spending the summer splitting our time between our boat shaped home and our sailboat, slowly transitioning ourselves from one to the other. 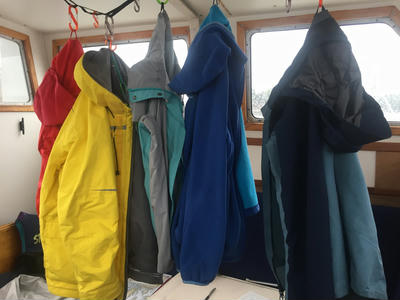 Thanks to Jenna for the extra hands, the enthusiasm, and many of the photos!