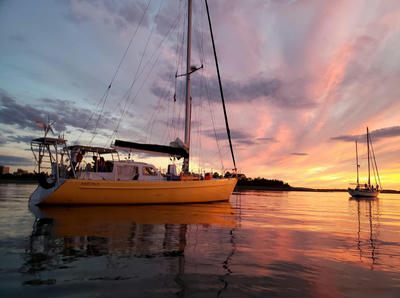 Abeona is a 48 foot Aluminum pilot house cutter designed by Roger Marshall and built in Norfolk, VA in 1997. Her first owner was an Oceanographer at the University of Rhode Island who commissioned her to use as a research vessel in the summer time and to live aboard during the school year. 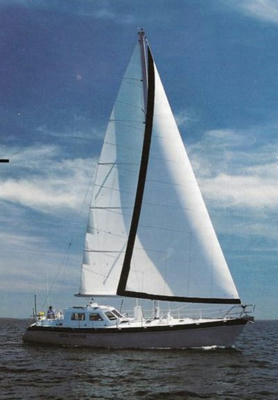 Her second owner renamed her King Cephalopod and brought her down to the Caribbean, where her third owners, Carl and Carly, found her. They renamed her Abeona and did a refit in St. Martin, including her signature paint job.

Eventually Carl and Carly brought her up to Maine, where we purchased her. 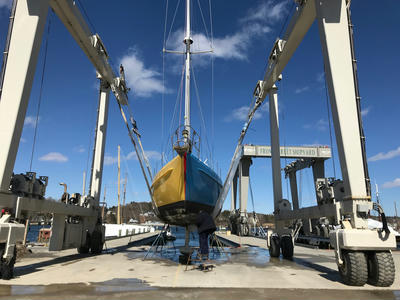 Here's an article in the 1999 American Yacht Review describing her origins: 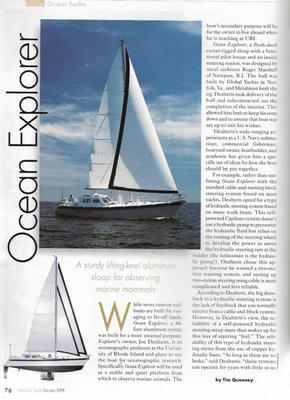 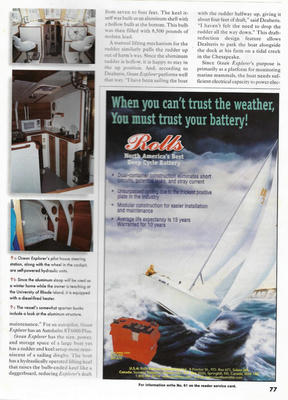 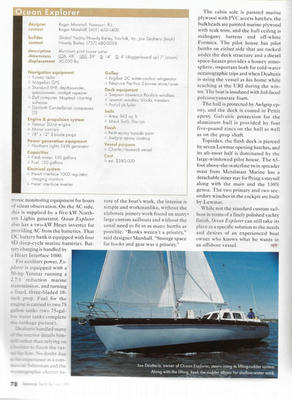