It took Peter and Wendy a while to get used to the idea of Abeona. As Owen frequently laments, it would be so much easier if they could just understand us when we talk to them.

The felines made their first trip to Abeona for a long weekend just after the fourth of July. They were thoroughly displeased with the car and dingy ride but once aboard, they settled in. 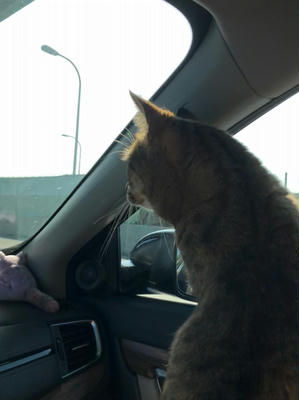 Wendy is a boat cat and it didn’t take her long to start exploring the deck. 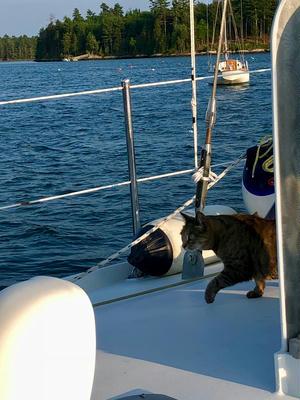 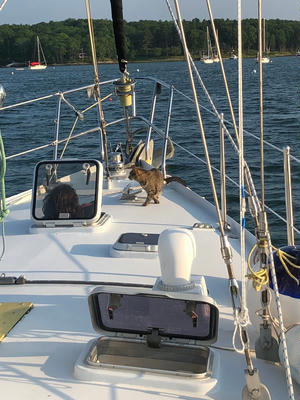 Peter, on the other hand, we call our dock cat. We hadn’t realized how true this was until we saw him looking around from our mooring. Where was his dock?!? 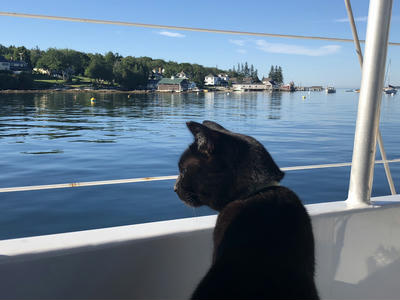 Their first trip included sailing on two different days and fortunately for us, neither showed any signs of seasickness. 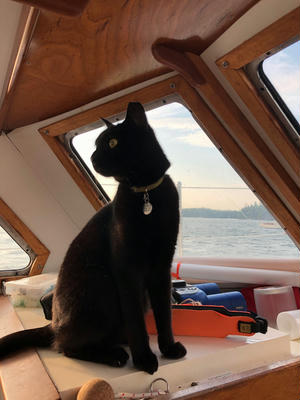 A seven day trip in July/August helped them settle into the idea of a new boat. 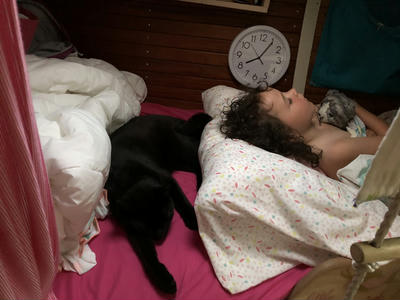 We brought the pair one more time, for Labor Day weekend and by then the cats were pros. They were mellow for being put in the carrier, riding in the car, and even the dinghy didn't phase them at all. 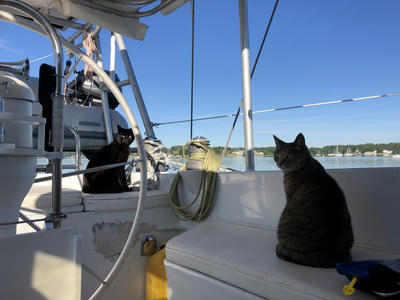 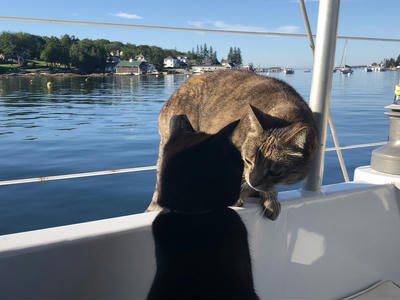 After those opportunities to get to know Abeona, moving the cats from one boat to the other was much less stressful than their first boat move. They spent a week or so following us along the dock from boat to boat and once we moved their food dishes, there was no question about where home was. 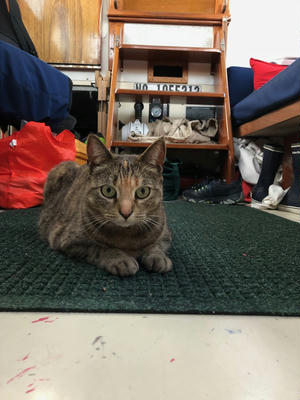 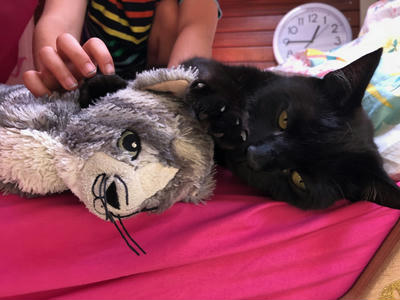 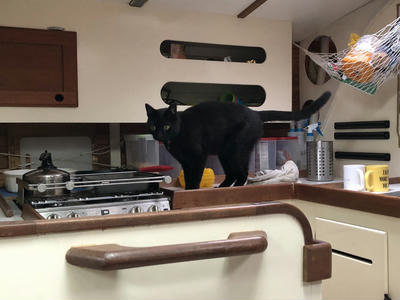 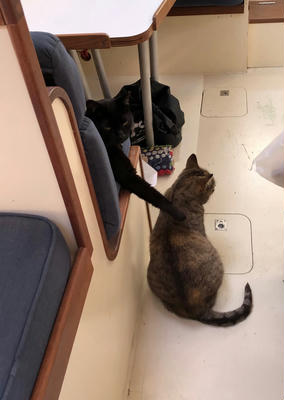 Home is where the cats are. 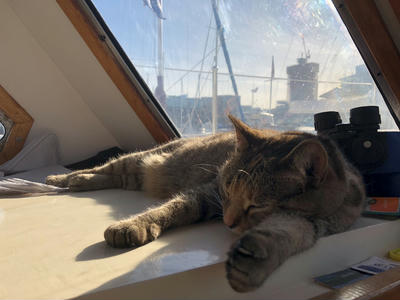 ‹ Winter Home Goblin is for sale [update - Goblin has sold] ›