Goblin came with a microwave. The thirty year old machine has sat, unused, hulking in the corner of the galley, taking up space since we moved aboard. I stored baking dishes and measuring cups in it but otherwise, it was a dead space corner of the kitchen. 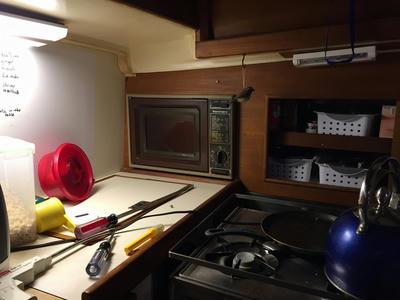 One winter day, after greater than normal annoyance at my tiny kitchen, I grabbed a flashlight and a two foot screwdriver as a pry bar and set to work attempting to remove it. A small boat project, pull out an unused appliance, add a shelf, have a new storage area. Little did I know… 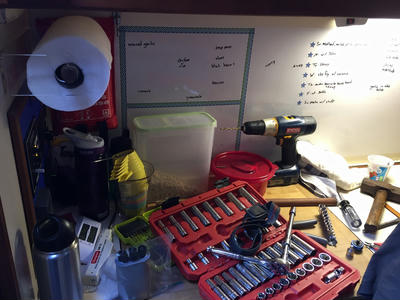 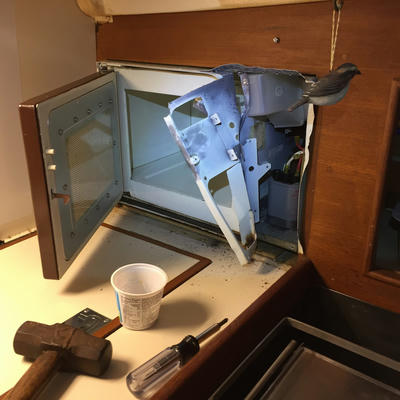 This beast was screwed in place from below. How did someone get below? Good question. There’s no access to below now that both a freezer and a stove are in place. Turns out they screwed it to a piece of plywood and then glued the plywood into place. 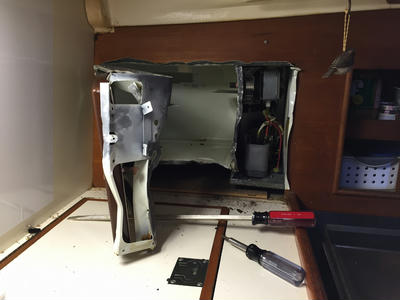 Bit by bit, with more than a little swearing, brute force began to win. 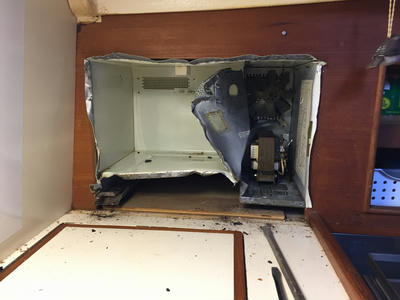 For once, I thank the corrosive nature of salt air. The screws holding it to the plywood below were entirely rusted and gave way to a proper application of leverage. 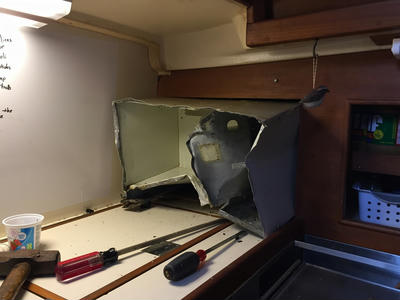 It took a dock cart to carry the remains off the boat. At least thirty pounds of twisted metal and scrap. 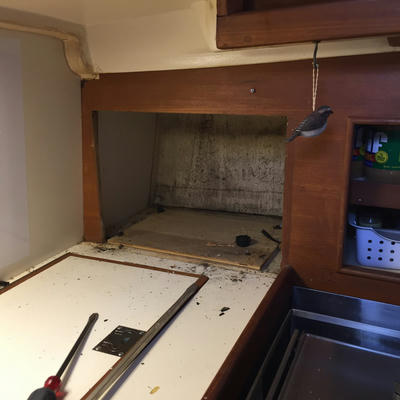 Here’s what used to fill the inside of the microwave. I have just a bit more room now. 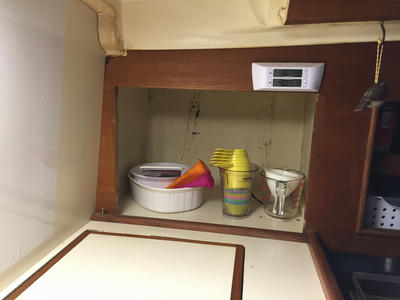 The space stayed mostly empty for a month as I debated between a shelf or one large basket. What do I want to keep in the space now, what might go in later, how can I take full advantage of my new four cubic feet of space? Final decision, shelf and baskets. Time for boat yoga. 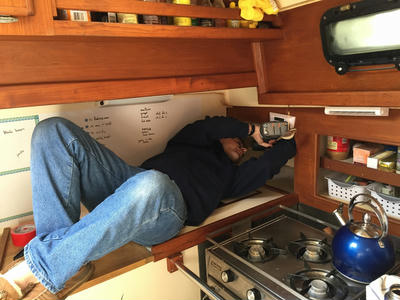 And now, with a new shelf in place, My kitchen storage has increased by a third. 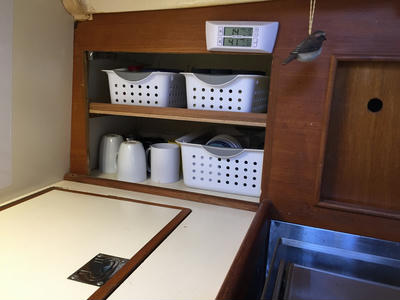 Conclusion, there is no such thing as a small boat project.