In the fall, I “did school” with Owen each day. We sat down to work through a chapter of math, a page or two of handwriting, and a little bit of written language. Then we got busier with homeschool park days and museum visits, as well as multi-hour library visits and our dedicated morning time became more erratic. One day we realized it had been at least a week since he had sat down to formal school, and neither of us was longing to return to it. 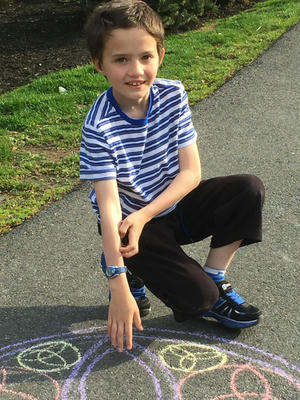 I can’t say I’m too surprised by our transition away from formal schooling. Owen has never been the kind of kid you can force into something, the more Alex or I push about something he’s not interested in, the more he digs in. Owen has always done best when allowed to dive deeply into his passions. Homeschooling offered him the freedom to learn in his own way, if I was willing to step out of his way. It’s not easy to take a step back and trust your eight year old to lead, but that’s what I did. I put aside the workbooks and gave Owen room to find his own way. 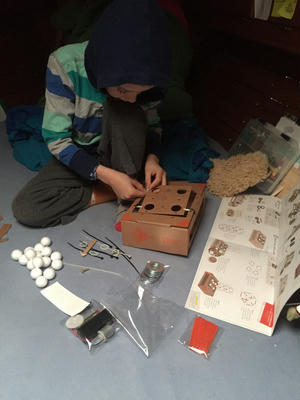 Since moving aboard, Owen’s interests have moved towards world building. It started as creating a number of imaginary animals, moved into map making, and developed into a whole economy. His Google drive is rapidly filling with imaginary land forms, plants, and a complicated magic system. After months of brainstorming separate details, Owen has started writing a book set in this imaginary world. 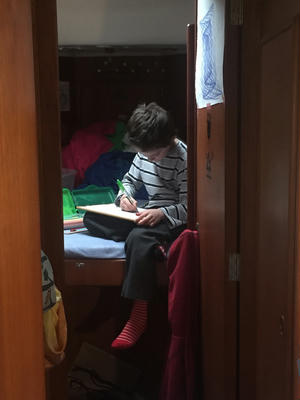 With some gentle nudging he ventured into Scratch and has learned to design simple video games. Right now he has five games that he has finished and is working on a couple of other ideas. He’s also very realistic about about the limitations of Scratch and has begun expressing interest in programming languages that will allow him to make more complex games. 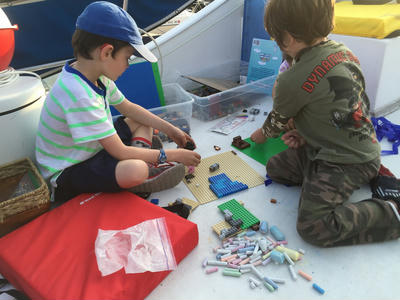 One day this winter he remembered about Khan Academy, an online mathematics program which tracks your progress and offers instruction in everything from kindergarten through college. He began spending a few hours a day logged in completing practice and challenge problems. In three weeks he completed all of arithmetic, though he rightfully complained about problems combining fractions, decimals, percentages, and negative numbers.

As always, books are devoured in all forms, paper, electronic, and audio. 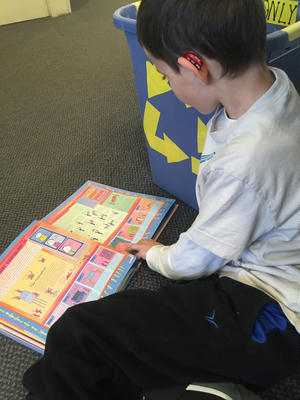 With all of this free form schooling, I was a little concerned about submitting his end of year report to the Boston Public Schools. Once I started though, it was clear that Owen had a very well rounded year, non-traditional though it was. It has been a year of real learning for everyone aboard. My letter to the district is below.

Spelling, personalized based on words used

Written selections including narrative, descriptive, comparison, and persuasive based on field trips and books of interest

How People Learned to Fly by Fran Hodgkins

The Picture World of Warships by R. J. Stephen

Sink the Bismark by Tom McGowen

George vs George by Rosalyn Schanzer

Road to Revolution by National Geographic

The American Revolution by Jamie Armimi

The Revolutionary War by Elizabeth Raum

Kidding Around Boston by Helen Byers

Beneath the Streets of Boston by Joe McKendry

Gods and Heroes by Matthew Reinhart

Jason and the Gorgon’s Blood by Jane Yolen

Go for the Gold Atalanta by Kate McMullan

Keep a Lid on It Pandora by Kate McMullan

Have a Hot Time Hades by Kate McMullan

Rumo and His Miraculous Adventures by Walter Moers

The Alchemaster’s Apprentice by Walter Moers

The Adventures of TinTin by Herge (7 books)

Where the Sidewalk Ends by Shel Silverstein