One of Kinsley’s Christmas gifts from Alex and I was a set of three boards and the promise of a project. Up until now,I have boosted Kinsley in and out of her room and although she’s a feather weight, I wanted to give her more independence. The time had come to build her a ladder.

I love this little girl so much, she always wants to be in the middle of every project, wants to know about every step and every took. It’s really only size that’s holding her back from being truly useful. Right now, she’s occasionally a help, sometimes a hindrance, and always entertainment. 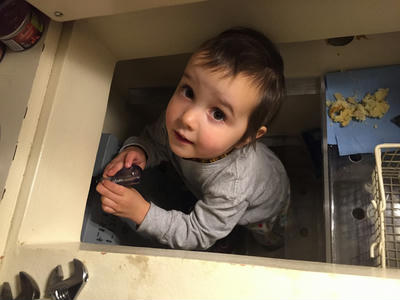 Ladder creation began with a number of planning sessions. How would the ladder attach to the bed platform, what would keep it from slipping around, and how to make it removable to allow access to the area under the bed. All this and it still needed to be small enough to fit in the doorway and sturdy enough to hold a growing three year old. 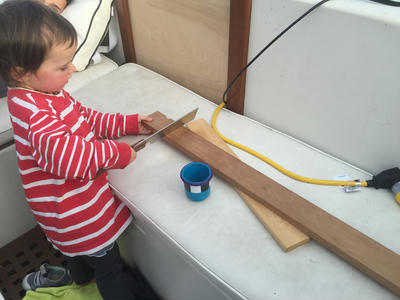 Together they carefully cut the uprights to size and Alex worked on chiseling out the bottom of the legs to fit around the doorjam. These cuts had to be just right because this would be what kept the ladder from crashing onto Kinsley each time she climbed up or down. 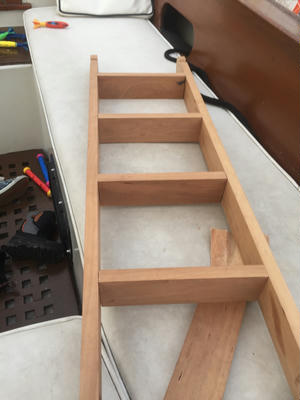 Rungs were attached, Kinsley bravely took charge of countersinking the screws. Power tools are fun, after all.

Also falling under Kinsley’s control was applying the non-slip patches to the rungs. Extra large stickers she was allowed to attached to something other than paper, she was so excited and took the responsibility very seriously. 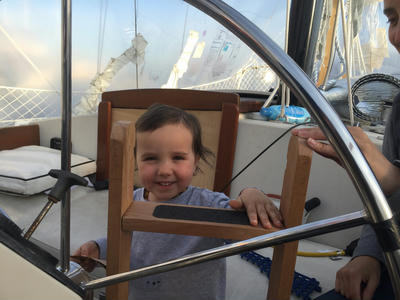 The project was put on hold while the challenge of securing it to her bunk was revisited. Screw it in place, add latches, cleat it down? All had pros and cons. In the end we went for adding a cleat under the bed platform and tying it off to that. Very secure and easily shifted when we need to access the space under the bed. 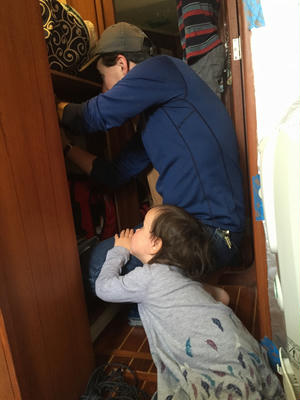 Result? One very happy girl who’s quite pleased to get herself in and out of her own bed. 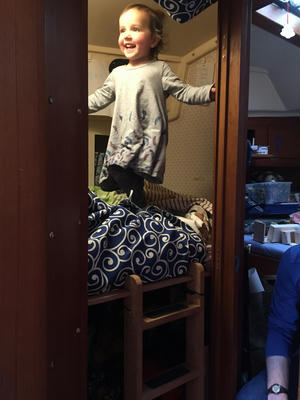