Even before moving on board, I knew there were two places I wanted memberships to, the aquarium and the science museum. I wanted to be sure we had air conditioning to escape to in the summer and warmth and dry for the winter. The aquarium was such a hit, I decided to go ahead and try out our second choice as well.

Much like the aquarium, getting there is just as much fun as the museum itself. There’s a walking path through Paul Revere Park, under the Zakim Bridge, and then along the Charles River. It’s smooth enough that Owen can push our opinionated stroller without too much chance of collision. I really need to do something about the stroller. I love how small it folds but the wheels often have a life of their own. That’s an issue for another day. 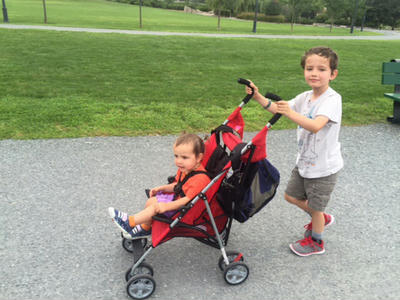 The walk is almost exactly a mile, no problem for me but Kinsley started to get a little antsy. Just when little legs get tired of being confined though, the museum comes into view and provides the motivation that the kids need to keep going. 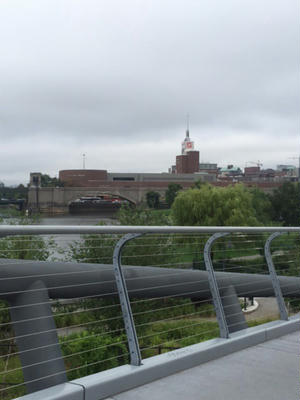 We got our membership just as the museum opened and enjoyed the first two hours of the day in a relatively empty museum. Owen and Kinsley both loved the virtual fish tank. It was early enough in the day that both got to play as long as they wanted. 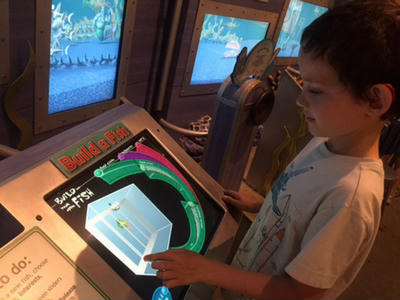 We watched an animal show and played in the models exhibit. By that point the rest of the world was awake and moving and the museum was getting really crowded. I found out later that the parking garage had filled by 10:30. Remind me not to head out anywhere during the last week of summer vacation. I thought about grabbing lunch with the kids but Kinsley let us know in a very clear, two year old way, that it was time to go. 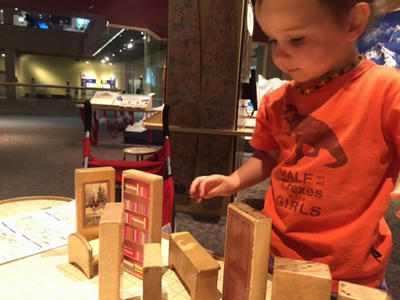 Take away lessons from the day? Get to the museum when it opens and be ready to leave the moment it starts to get crowded. The live animal show is perfect for Kinsley. The playground on the way back is just as much fun as the museum itself. 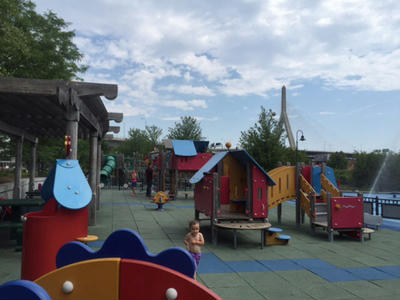 Our membership is good for five people, not counting Kinsley and me. Anyone want to come for a visit with us?